A road to rapprochement for Australia–China relations

The Australia–China relationship is in need of a reset, especially on the trade front. The change in the Australian government and China’s official reaction to the election provides a unique opportunity for the two nations to rebuild cordial relations and prevent further fractious exchanges. 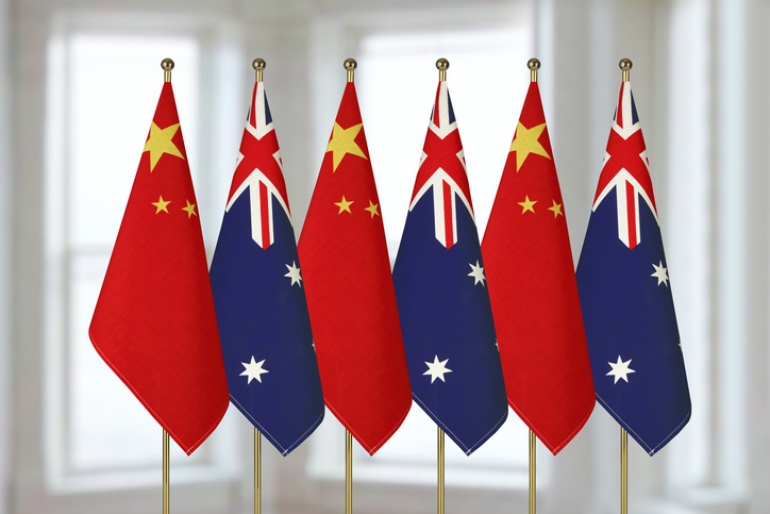 Prime Minister Albanese has called upon Beijing to lift the punitive measures placed upon Australia — measures that are legally questionable under international trade rules. While Australia would welcome China unilaterally removing these measures, this is unlikely to happen until there is genuine re-engagement through diplomatic channels.

Rapprochement — the rebuilding of cordial relations after a period of disconnect — allows for productive dialogue and will stop the relationship backsliding further. Any changes in trade relations will require both Australia and China to manage political and economic disagreements in a measured, productive and respectful way. Rapprochement can start with cooperation in areas of common interest. A change in tone and willingness to constructively discuss differences and mutually beneficial opportunities are required to achieve this.

The differences between Australia and China can be categorised into three areas — fundamental conflicts in values, political differences and regional geostrategic rivalries. Trade and investment grievances run deeply across these categories. Australia banned Chinese companies Huawei and ZTE from providing 5G technologies on security grounds, while China imposed import restrictions on Australian coal, beef and lobster. Retaliatory anti-dumping and countervailing measures have been volleyed from one side to the other.

This downward spiral of tit-for-tat restrictions has further entrenched cynical and reactive attitudes in both governments. The challenge in rapprochement is finding a productive path forward.

A positive attitude makes a big difference in diplomacy. While hawkish language stirs nationalistic sentiment and attention-grabbing headlines, it is seldom productive. Respectful diplomatic dialogue and a return to legal principles is a proven path to a more productive relationship.

With a Labor government taking office, some of the necessary rhetorical change appears to be afoot, with both sides starting to soften their respective tones. While reaffirming Australia’s ‘respect for democracy’, Albanese emphasised the need to ‘put Australia’s national interests first and not attempt to play politics with national security issues’. This hinted at a change in how Australia can achieve its national interests without compromising its values.

Following the election, China’s Premier Li Keqiang sent a congratulatory message to Prime Minister Albanese. The message reiterated that cooperation serves the fundamental interests of both countries and showed a willingness to re-engage with Australia to promote the development of a comprehensive strategic partnership. This signals that China may be willing to resume high-level communications with Australia.

Recalling common ground is another good place to start. A strong foundation for both sides to repair and develop their economic ties already exists. Their economic complementarity means that bilateral trade will continue to grow as China remains Australia’s largest trading partner.

In 2020, despite growing tension, trade with China accounted for 28.8 per cent of Australia’s total imports and exports. That was three times higher than Australia’s two-way trade with its second largest trading partner, the United States. In 2021, Australia’s exports to China reached a record high. Australia and China also have shared interests in a range of trade-related matters such as e-commerce, sustainability and climate change.

Both governments are also proponents of the rules-based world trading system and have joined forces in an ongoing attempt to restore the World Trade Organisation’s Appellate Body. Repairing government-to-government relations will enable both countries to strengthen and expand their collaboration in areas of common interests.

But considerable challenges to rapprochement may still persist.

Prime Minister Albanese has cautioned that Australia’s ‘relationship with China will remain difficult’ and affirmed that China’s economic sanctions will not induce Australia to compromise on its values or national security goals. Australia also remains concerned about China’s fulfilment of its commitments under international trade agreements.

Given the Labor government’s policy to rebuild Australia’s manufacturing industry, Australia may impose heavier tariffs on Chinese imports through anti-dumping actions by treating China as a non-market economy. This is one policy area in which the Labour government may actually be more inclined than the Coalition to pursue a policy that China may view as contradictory to existing trade agreements, such as the China–Australia Free Trade Agreement. Such disagreements between the two governments on these matters will continue to strain relations.

To overcome these challenges, political wisdom and concrete actions are needed from both sides. In a speech before the election, the now Foreign Minister Penny Wong stressed that despite Australia’s disagreements on certain political issues, decoupling is unrealistic and a healthy relationship with China is of great importance. She stated that Australia must avoid domestically politicising China in its approach to China-related issues.

With official communication recommencing, there is a window of opportunity for the two governments to reset the bilateral relationship. For this to be successful, both governments will need to deescalate tensions, find mutually agreed upon approaches to managing their disagreements and shift the focus to pursuing shared interests.

Lisa Toohey is Professor of Law at the University of Newcastle and a 2020 Senior Fulbright Scholar sponsored by the Department of Foreign Affairs and Trade .

Markus Wagner is Associate Professor of Law at the University of Wollongong and Director of its Transnational Law and Policy Centre.

Weihuan Zhou is Associate Professor, Director of Research and member of the Herbert Smith Freehills CIBEL Centre at the Faculty of Law & Justice, University of New South Wales, Sydney.

This article is republished from the East Asia Forum. Read the original article here.