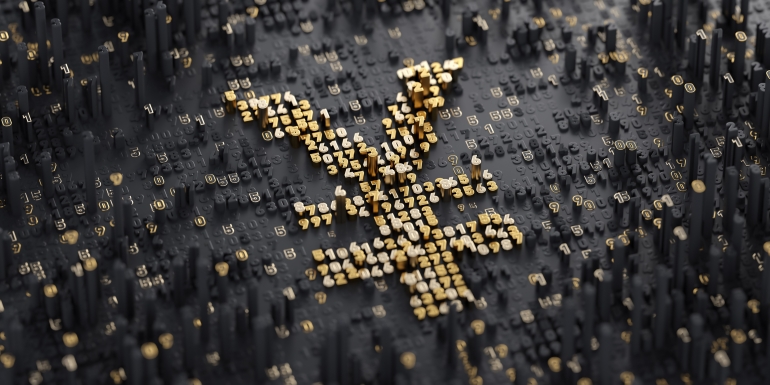 The paper, titled “The Future of the International Financial System: A CBDC Network and Regulatory Outlook” is co-authored by Professor Wang and Associate Professor Simin Gao of the Tsinghua University Law School. The research is supported by the UNSW-Tsinghua joint research grant and CIBEL. It analyses the possible central bank digital currency (CBDC) network that may emerge in the future and its potential influence on the global financial network (GFN).

Based on the findings of the research, Professor Wang and Associated Professor Gao were invited to present this paper at the Machine Lawyering Conference 2021 as keynote speakers.

“CBDC is a gamechanger in the international financial and monetary system due to the impact it can be expected to have on the existing monetary order, and the complexities arising from data, technology and regulation related to CBDC such as digital identity and privacy,” said the scholars.

While the current GFN is a centralised network with the US currency system as the core, the scholars argue that the CBDC network is likely to be a decentralised network and overall adopt an uncoordinated network-as-structure approach and “would affect the GFN in a substantial and unprecedented way.”

According to Professor Wang and Associate Professor Gao, the CBDC network would bring limited cooperation and face more conflict: “The CBDC network could bring policy diffusion effects but may not necessarily lead to convergence in regulation, as states would behave largely instrumentally.”

This comes to the third main point made by the team, that is, the CBDC network, as a decentralised network, is likely to affect power differentials in the GFN and could speed up the shift of the GFN towards a flat network.

On the other hand, the regulation of CBDC would require minimal regulatory standards as the key is to minimise risks and ensure financial stability in the CBDC network. “Rules need to be developed with foresight to address potential issues. This differs from a responsive regulatory approach,” argued the team.

Professor Wang has been conducting on-going research on CBDC for years and he has several grants in this fast-developing area. He has been invited to speak on related issue at multiple occasions, for example, the DC FinTech Week hosted at Capitol Hill in Washington DC in 2019. Professor Wang also co-organised and talked at the CIBEL CBDC workshops in 2018, which was one of the first workshops dealing with the legal issues of CBDC. These events were attended by regulators, industry leaders, leading scholars and the public. On 18 March 2021, Professor Wang presented this paper for the online conference hosted by the Committee on Payments and Market Infrastructures (CPMI), titled "Pushing the frontiers of payments: towards faster, cheaper, more transparent and more inclusive cross-border payments".