Meeting for the first time since 2017, the WTO’s highest decision-making body managed to agree on some things – including its first treaty with environmental protection as the objective.
Weihuan Zhou and Markus Wagner | UNSW Newsroom 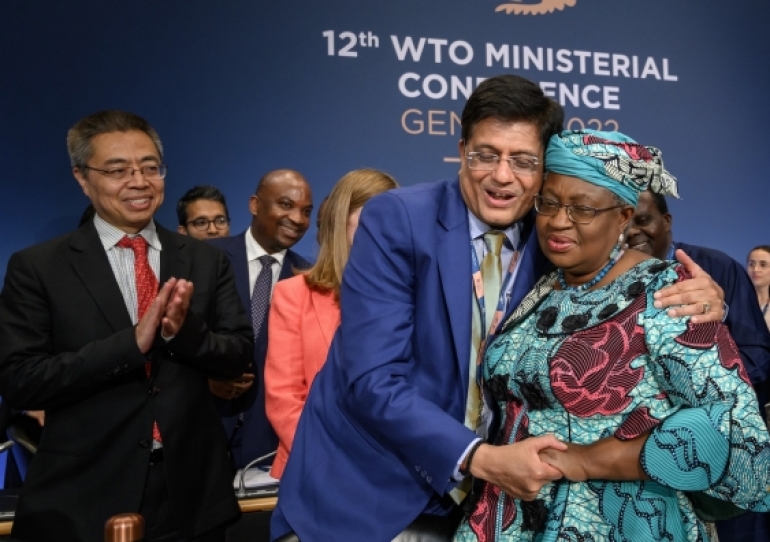 After decades of conflict that has neutered its work, the World Trade Organization looks to be back in business.

Its highest decision-making body – a conference of ministers from the organisation’s 164 member nations – has just met for the first time since 2017.

None of what the ministerial conference (dubbed MC12 due to being the 12th such meeting) agreed on was particularly groundbreaking. But the fact there was agreement at all – on areas such as agriculture, fishing, intellectual property, e-commerce and food insecurity – was itself a milestone.

The question is what happens now, with considerable challenges ahead for the WTO and its role in promoting and protecting a global rules-based trading system.

The WTO’s job is to be the forum for multilateral rule-making, to observe the implementation of these trade rules, and to settle disputes among members.

In most situations, decisions must be made by consensus. This means a single detractor can scuttle initiatives supported by the rest of the WTO’s membership.

This has proved particularly problematic for the WTO’s rule-making function, which has largely been comatose for two decades, since negotiations on reducing trade barriers ground to a standstill at the ill-fated Doha Round launched in 2001.

Particularly damaging to the WTO has been the hostility of the US. Past administrations, especially the Trump administration, stymied the WTO’s dispute-settlement function by blocking the appointment and reappointment of judges to its appeal court (known as the Appellate Body). By 2019, there were not enough judges to hear appeals, leaving disputes in limbo.

The WTO has also been criticised for having few to no answers to the world’s most pressing issues: how to craft modern trade rules that support climate action and sustainability. 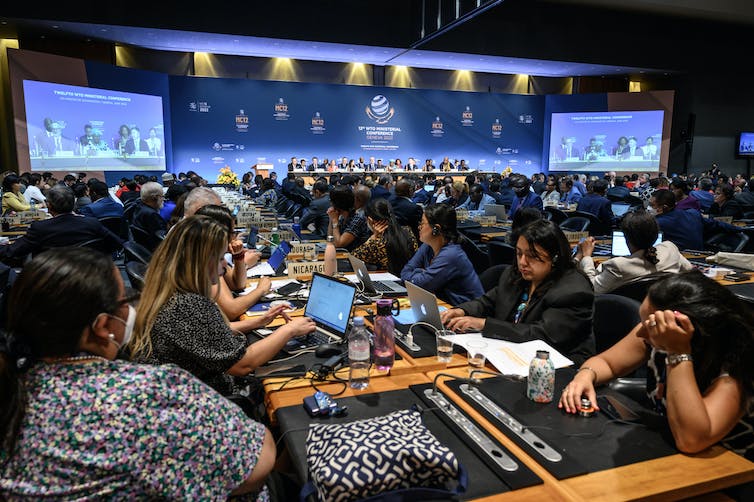 It agreed on limiting government subsidies for harmful fishing operations in an attempt to slow the depletion of rapidly declining fish stocks. This agreement will aid in curbing food insecurity and increase the sustainability of certain fish species.

Importantly, it is the first WTO treaty with environmental protection and sustainability as its objective.

It agreed to relax intellectual property rules for COVID-19 vaccines.

Countries such as South Africa have been pushing for a waiver from provisions in the Agreement on Trade-related Aspects of Intellectual Property Rights so they can produce cheaper generic versions of vaccines. The impact should be limited, given vaccine supply is now enough to meet demand, but the concession may serve as a blueprint for the future.

It agreed to extend the moratorium on customs duties on “electronic transmissions” first agreed to in 1988.

It agreed to co-operate to resolve issues to do with food insecurity. With Russia’s war on Ukraine driving up food prices, some countries have restricted certain food exports or are subsidising the price of food from domestic farmers.

It also agreed on reforming the WTO dispute settlement process, committing members – including the US – to “conduct discussions” to arrive at a “fully and well-functioning dispute settlement system accessible to all Members by 2024”.

Such soft language is a far cry from reinstating the Appellate Body. It was likely the only way to bring the US on board.

The ministerial conference is only the first step. It will be difficult – and take time - for WTO members to reach a compromise on many important issues.

Compromise is needed between the policy space governments demand for themselves and effective international trade rules.

For example, the US and its allies have been pushing for tightening the rules on China’s state-owned enterprises and industrial subsidies. China has showed strong resistance to any new rules it views as being against its interests.

Another issue is support measures adopted during the pandemic. Some governments understandably adopted policies to support domestic businesses in a time of crisis. But some of these measures are arguably against the WTO’s rules to eliminate trade distortions.

These points are symbolic of the larger disagreements between WTO members, with economic nationalism and unilateralism presenting a fundamental challenge to the organisation’s reason for being.

Examples abound. There are the US tariffs on steel and aluminium on national security grounds. China’s trade sanctions against Australia on products such as wine, coal, lobster, barley and beef. China’s Anti-Foreign Sanctions Law and the European Union’s Anti-Coercion Instrument allow these governments to retaliate against any foreign actions they deem to be unfair.

A common feature of these instruments or actions is governments taking the law into their own hands, ignoring the WTO’s rule book and its dispute resolution mechanisms.

To overcome these existential challenges, the multilateral trading system will need strong and sustained commitment from member governments.

This article is republished from The Conversation under a Creative Commons license. Read the original article.