Our team of world-class academics and professional staff are guided by a steering committee and an expert advisory committee. 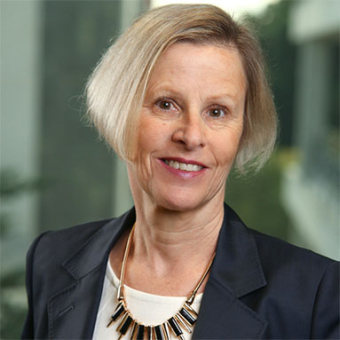 Deborah Healey is a Professor at UNSW Law and a Director of the Herbert Smith Freehills China International Business and Economic Law Centre. She is also a member of the Centre for Law, Markets and Regulation. Her research and teaching focus on competition law and policy in Australia, China, Hong Kong and the ASEAN nations and she has written widely in them over a long period of time. She is a regular visitor to those jurisdictions to research and teach. Within the area of competition law, she is particularly interested in the role of government in the market, both in Australia and internationally; merger regulation; competition in banking and finance; and the digital economy. Deborah has undertaken substantial research  in the development of the Anti-Monopoly Law of China against the background of its political economy and has written widely alone and with Chinese co-authors and in material translated into Chinese. She has consulted with, and completed research projects for, UNCTAD, OECD and ASEAN, She is a Non-Government Adviser to the International Competition Network and a member of the Law Council of Australia Competition Law Committee.

Dr Zhou is Associate Professor, Director of Research, and Co-Director of the Herbert Smith Freehills China International Business and Economic Law (CIBEL) Centre, Faculty of Law and Justice, UNSW Sydney. His research explores the most current and controversial issues in the field of international economic law (IEL), particularly the nexus between international trade law and China. He is the author of China’s Implementation of Rulings of the WTO (Hart, 2019) and co-editor of Rethinking, Repackaging and Rescuing World Trade Law in the Post-Pandemic Era (Hart, 2021), Non-Market Economies in the Global Trading System: The Special Case of China (Springer, 2018) and The China-Australia Free Trade Agreement: A 21st-Century Model  (Hart, 2018). His work has appeared in all top journals in the field and in some of the best journals in the broader field of international law (such as the American Journal of International Law and International & Comparative Law Quarterly). His work has been cited widely, including in reports of the European Parliament, the Parliament of Australia, Australia’s Productivity Commission, US Congressional Research Services and World Economic Forum and by leading scholars in the field. Dr Zhou has taken a number of senior professional and academic roles internationally, including a former Executive Council Member and currently co-Secretary of the Society of International Economic Law (SIEL), and editorial board member of the Journal of International Trade Law and Policy. Dr Zhou is a qualified lawyer in Australia and consults for governments and major companies on trade remedy cases and other cross-border trade and investment matters.

My research interests are FinTech, RegTech, central bank digital currencies and the Consumer Data Right and, more broadly, the full range of issues that the rise of data and its algorithmic analysis pose for society.

My Australian Research Council Laureate Fellowship, 2020 - 2025, is a $2.6 million project that explores how Australia might best regulate the rise of data and its analysis so as to seize the related benefits while managing the many risks. We are currently recruiting Postdoctoral Fellows and doctoral candidates to work on this project. See the Laureate Project website at https://fintechrevn.org/ for details of these opportunities, and for all of the Project's research outputs.

Professor; Head of School of Law, Society, and Criminology 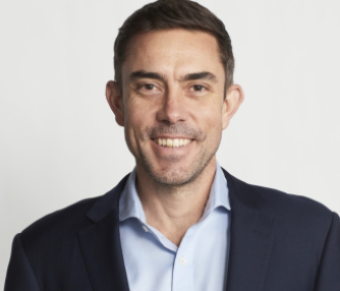 Cameron is a Professor and Head of School for the School of Law, Society and Criminology at UNSW Law & Justice. He is the current co-chair of the International Network of Environmental Compliance and Enforcement (INECE) Academic Committee, a member of the Taskforce on Earth System Law, and an associate editor of the Asia Pacific Journal of Environmental Law. Cameron has publications in the areas of environmental law, natural resources law, energy law and water law, with a focus on regulation and governance. His past work has examined energy and disaster risk education in Hong Kong and Indonesia, and his current research agenda is centred on water, energy and climate governance. 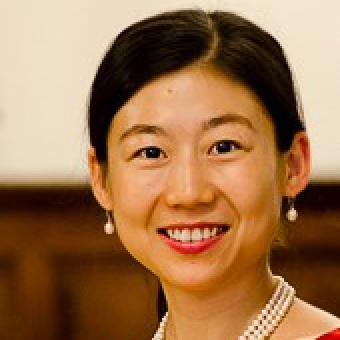 Fan Kun is Associate Professor of UNSW Law's Herbert Smith Freehills China International Business and Economic Law (CIBEL) Centre. Her teaching and research focus in the area of Alternative Dispute Resolution (ADR), Online Dispute Resolution (ODR), comparative legal studies, and law and society. Professor Fan has studied and worked in China, Singapore, U.S.A., Switzerland, France, Hong Kong and Canada, and speaks Chinese, English and French. With her training in both the East and the West, in both common law and civil law jurisdictions, she is particularly interested in broad intellectual inquiries across national, disciplinary and professional boundaries. Before joining us, Professor Fan was an Associate Professor at the Faculty of Law at McGill University in Canada and was named the Norton Rose Fulbright Faculty Scholar in Arbitration & Commercial Law in 2017. She has also taught for seven years at the Chinese University of Hong Kong (2009-2016) and was a Visiting Scholar of the Harvard Yenching Institute at Harvard University (2012-2013). 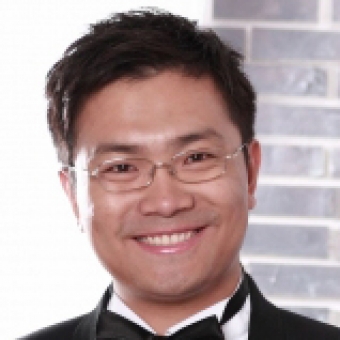 Charlie Xiao-chuan WENG joined the UNSW Law faculty in 2015 as an Associate Professor. Previously, he was Eastern Scholar Chair Professor of Law and Assistant Dean at the KoGuan Law School of Shanghai Jiao Tong University (SJTU, China) . He also taught at Nagoya University Graduate School of Law (Japan) as Designated Associate Professor. He studied law at East China University of Political Science and Law (ECUPL) before completing his LLM at the National University of Singapore (NUS). After working for ECUPL for five years, he went to the University of Pennsylvania School of Law for his LLM and SJD in corporate law, followed by an appointment as a Robert S. McNamara Fellow at the Yale Law School Center for the Study of Corporate Law. In 2012, he was recruited by SJTU as a Research Professor. He also held fellow/visiting professor positions in many leading research institutions, such as Stanford Law School and Cambridge University.

Emma researches and teaches in corporate law, with a particular interest in takeover law and policy, and dispute resolution by the Takeovers Panel. She was an academic in the Law Faculties at the University of Sydney and the Australian National University before joining UNSW.

Prior to becoming an academic, Emma had a decade of professional experience in corporate law. This included working on corporate law reform as a senior Federal Government policy officer and practising law as a Senior Associate at Minter Ellison. She has also been an in-house counsel at Westpac Financial Services and a Corporations Law Editor at CCH Australia. 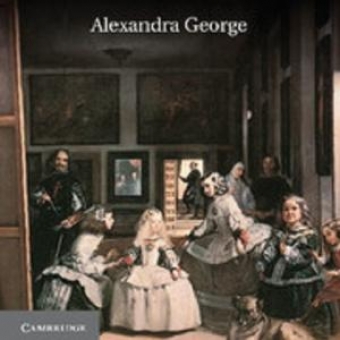 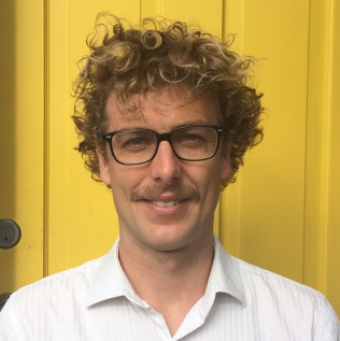 Jonathan is a Senior Lecturer in UNSW’s Faculty of Law and Justice. He is best-known for his research on investment treaties. His research also considers the inter-relationships between different systems of foreign investment governance, including investor-state contracts, national investment laws, national investment dispute management agencies and international principles, such as the UN Guiding Principles on Business and Human Rights.

From 2022 to 2025, Jonathan is a Chief Investigator on the ARC-funded project China’s Belt and Road Initiative: A New Model of Economic Governance?, along with CIBEL colleagues Heng Wang, Kun Fan and Ross Buckley. Within this project, Jonathan is leading the research stream on investor-state contracting between Chinese firms engaged in outward foreign investment and government entities of the host states in which they invest. 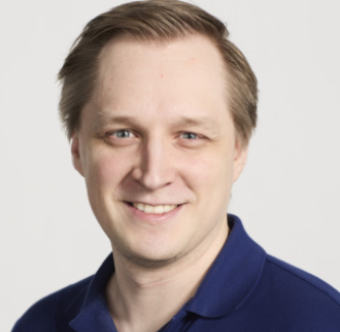 Anton is a Senior Lecturer at UNSW Sydney. He specialises in banking and finance law (with a focus on FinTech and cyber security) and has published widely on the legal aspects of central bank digital currencies (CBDC), regulatory sandboxes, decentralised finance and open banking. Anton’s research on CBDC (including a report published by the Asian Development Bank and an article ‘Central Bank Digital Currencies as a Potential Response to Some Particularly Pacific Problems’ in Asia Pacific Law Review) attracted a lot of attention from international organisations and policymakers (including the G20 and the Bank for International Settlements), as well as leading central banks.

Prior to joining UNSW Sydney, Anton worked as a lawyer in various roles, including as head of legal support of international operations in major commercial banks.

Anton holds multiple law degrees from a number of countries, including an MJur and a DPhil from the University of Oxford. 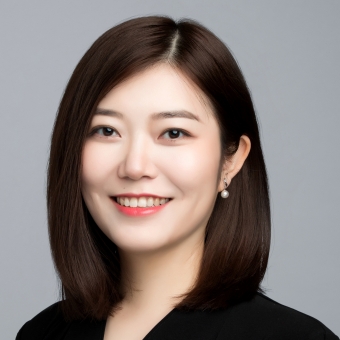 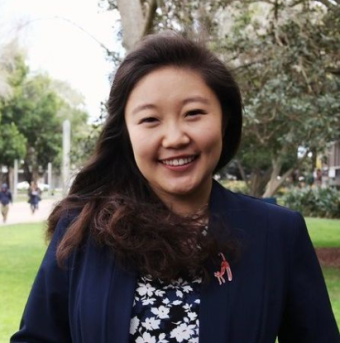 Dr Xue (Sophia) Bai has been awarded a Doctor of Philosophy degree at UNSW Law in 2021, where she conducted doctrinal research on the ‘Reform of Chinese State-Owned Enterprises: What China can Learn from the Practice of Competitive Neutrality Policy in Australia.’ Her thesis has been co-awarded the Concurrences 2022 Law PhD. Thesis Award, which aims to identify and publish notable works of research which explore specific topics within the realms of competition and regulation law or economic law.

Prior to commencing her PhD degree, Dr Bai was awarded her LLB and LLM degrees in Law at Beijing Jiaotong University. Dr Bai’s current research is in the area of competition law and policy. Her recent co-authored article is published in the International and Comparative Law Quarterly. 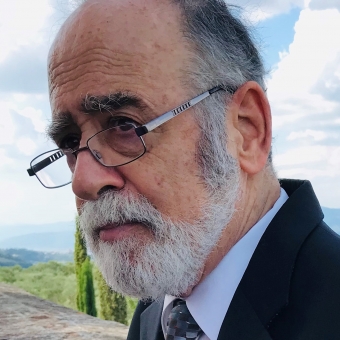 Professor Trakman is Former Dean of Law at the University of New South Wales, 2002-2007 and currently a UNSW Professor of Law.

He has received prestigious fellowships. These include the Bora Laskin National Fellowship (one awarded annually across all university disciplines in Canada), a Killam Senior Fellowship; various grants awarded by the Canada Council, the Social Sciences and Humanities Research Council of Canada. In 2018, he concluded a four-year Discovery Grant awarded by Australian Research Council for which he was Lead Chief Investigator.