China and International Trade Regulation in the Post-Pandemic Era 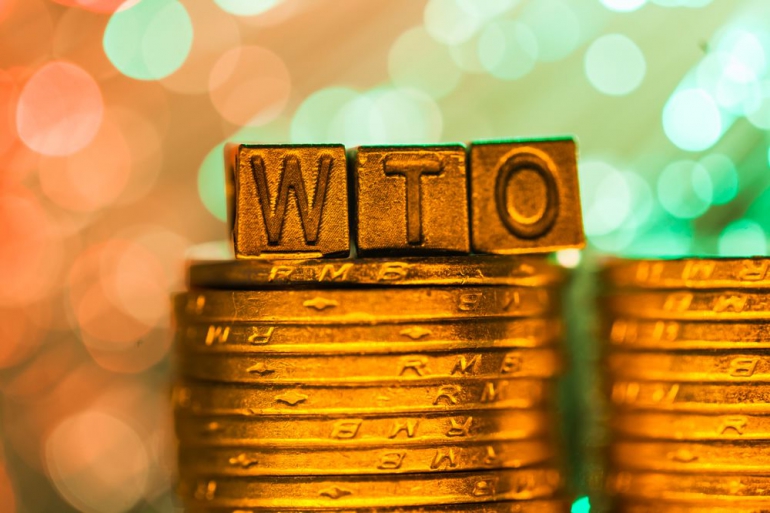 China is at the centre of academic and policy debates about the future of the multilateral trading system established under the auspices of the World Trade Organization (WTO). This panel discussed some of the most systemic and controversial issues relating to China, the world trading system and beyond.

The conference has a distinguished panel of speakers including Professors Bryan Mercurio (CUHK), Qingjiang Kong (CUPL) and (Michael) Ming Du (Durham) focusing on exploring the impact (or lack of impact) of the WTO on China's economic reforms, the future of China's trade policies and possible policy responses by China's major trading partners (particularly the United States and the European Union) in the (post-) pandemic era.

Note: This year's CIBEL Global Network events have two sessions/panels on China and International Trade Regulation, including this Conference and a Young Scholars Workshop (click here for details). Both sessions will be chaired by Associate Professor Weihuan Zhou.

Dr Weihuan Zhou is Associate Professor and Director of Research at Faculty of Law and Justice, UNSW Sydney. He publishes in the field of international economic law, particularly the nexus between international trade law and China. His work has appeared in all top journals in the field and in some of the best journals in the broader field of international law. His publications are cited widely, including in European Parliament briefings and reports of the Parliament of Australia and Australia’s Productivity Commission. Currently, he is co-Secretary of the Society of International Economic Law (SIEL). Prior to UNSW law, he was a trade and commercial lawyer and a legal consultant at the WTO.

Professor Bryan Mercurio is the Simon FS Li Professor of Law at the Chinese University of Hong Kong (CUHK). Specializing in international economic law, Professor Mercurio’s work focuses on the intersection between trade law and intellectual property rights, free trade agreements, trade in services and international investment law. Professor Mercurio is co-author of one of the most widely used case books on WTO law (Hart, 2018, 3rd ed) and co-editor of the leading collection on bilateral and regional trade agreements (CUP, 2nd ed, 2016). Professor Mercurio previously taught at the University of New South Wales (UNSW), worked as a trade negotiator and policy officer and practiced international trade, intellectual property and commercial law. He is a Senior Fellow at the Melbourne Law School, Visiting Professor at the KDI School and a frequent consultant and advisor to governments, industry associations and law firms on a wide range of trade and investment matters.

Professor (Michael) Ming Du is professor of law at Durham Law School in the UK and Director of Centre for Chinese Law and Policy. He has written on international law and Chinese law. His recent monograph 'The Regulation of Product Standards in World Trade Law' was published by Hart in 2020.

Professor Qingjiang Kong has been a full professor of law since November 2002. He is currently Dean of the School of International Law, China University of Political Science and Law. He is the Editor-in-chief of The Chinese Journal of Global Governance (Leiden and Boston: Brill).

Specialising in international economic law, the WTO law and China issues, he has published more than 50 articles with international journals (e.g., 4 articles with Journal of International Economic Law (JIEL), 4 with Journal of World Trade (JWT), 1 with International and Comparative Law Quarterly (ICLQ), 2 with Heidelberg Journal of International Law (ZaöV), 3 with Asian Journal of WTO & International Health Law and Policy, 1 with Journal of Intellectual Property Law & Practice (JIPL&P), I with Cambridge Journal of China Studies. He is the author of 7 books ( 4 in English and 2 in Chinese), i.e. China and the World Trade Organization: A Legal Perspective (World Scientific Publishing, Singapore and London, 2002), WTO, Internationalization of Intellectual Property Rights Regime in China (Marshall Cavendish, Singapore, 2005), China-EU Trade Disputes and Their Legal Management, World Scientific Publishing, Singapore and London, 2012)，The Legal Environment for Chinese Trade in Textiles (China Renmin University Press, 2005), .A Study of The Co-relation between the Transplantability of International Economic Norms and National Economic Security (Wuhan University Press, 2016) and New Bank Insolvency Law in China and Europe, Vol. I: China (Eleven International Publishing, 2017). His recent publications include Interpretation of the Foreign Investment Law of the People’s Republic of China (The Law Press, May 2019). He has just won the Anzijie International Trade Prize (2nd place) for his co-authored article published by JWT.