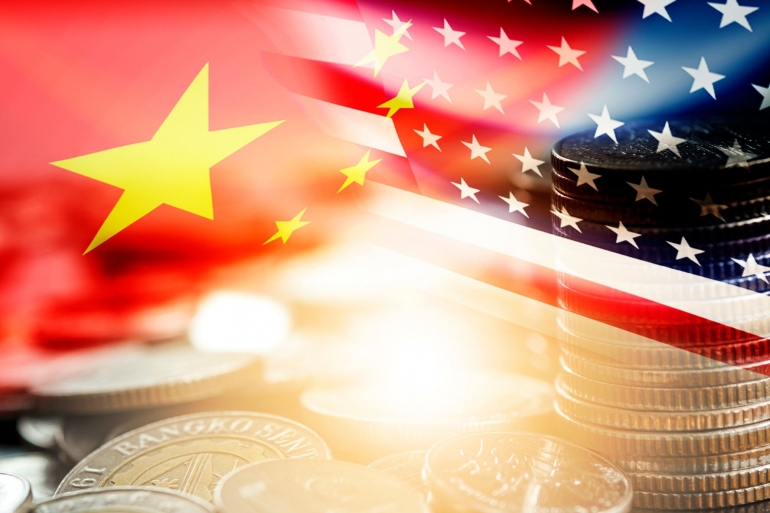 On 30 June 2017, for the first time in history, Chinese court recognized and enforced a U.S. commercial monetary judgment. The case is Liu Li v. Tao Li and Tong Wu[1] decided by the Intermediate People’s Court of Wuhan City.

In this case, Liu Li (‘Liu’) concluded a Share Transfer Agreement with Tao Li (‘Tao’) on 22 September 2013 in the U.S., providing that Tao shall transfer 50% share of Jia Jia Management Inc., a company registered in California, to Liu. Liu paid USD 125,000 to Tao on 22 and 25 September 2013. Tao is Tong Wu’s (‘Tong’) wife. Liu provided evidence to show that USD 125,000 was transferred to Tong’s bank account from 14 September to 16 October 2013. After receiving the money, Tao and Tong disappeared. Liu reported to the local police in the U.S. but got no result. On 17 July 2014, Liu brought an action against Tao and Tong at the Los Angeles Superior Court in California U.S., alleging that Tao and Tong fabricated share transfer and defrauded him.

On 7 October 2014, U.S. Rolan Service Company issued an investigation report regarding Tao’s and Tong’s personal information and contact address. Liu authorized his U.S. lawyer to serve Tao and Tong relevant litigation documents by post according to the investigation report, but the service was unsuccessful. On 8 January 2015, Judge William D. Stewart of Los Angeles Superior Court ordered that the subpoena and notices related to this case should be published as public announcements at the San Gabriel Valley Tribune. The announcements were published continuously for four times on the San Gabriel Valley Tribune on 15, 22, 29 January and 5 February 2015. On 24 July 2015, Judge Stewart issued a default judgment (No. EC062608), holding that Tao and Tong had been properly summoned. They did not appear in the court so a default judgment was rendered. The Judge ordered Tao and Tong to return to Liu USD 125,000 and pre-judgment interests USD 20,818 (calculated from 25 September 2013 to 25 May 2015 at the daily interest rate USD 34.24) and the court fee USD 1,674. The total amount is USD 147,492.

On 19 October 2015, Liu applied to the Intermediate People’s Court of Wuhan City to recognize and enforce the U.S. judgment against Tao and Tong. The court arranged hearings on 25 December 2015 and 15 March 2016. Both parties authorized their lawyers to participate in the hearings.

Liu argues that the U.S. judgment is final and effective and Tao and Tong have not fulfilled the judgment yet. Tao and Tong currently live and have assets for enforcement in Wuhan City Hubei Province. Therefore, the court has jurisdiction. Moreover, the U.S. No. EC062608 judgment does not violate China’s fundamental legal principles, sovereignty, security and social interest. Therefore, Liu requests the court to recognize and enforce the U.S. judgment plus post-judgment interests from 25 May 2015 to the date that Tao and Tong fulfil the judgment, as well as judgment execution fee charged by the Chinese court.

Tao and Tong argue that (1) the U.S. judgment is not enforceable in China because they did not get due notice of the U.S. court proceedings, (2) the Share Transfer Agreement concluded between Liu and Tao is real, legal and effective, so Tao and Tong should not return the payment to Liu.

The Wuhan court holds that Tao and Tong own real estate in Wuhan and their habitual residence is also here, so it has jurisdiction according to Article 281 of the Chinese Civil Procedure Law. Liu has provided a copy of the U.S. EC062608 judgment, which has been verified is the authentic one, as well as a Chinese translation. Therefore, Liu has met the formality requirement of judgment recognition and enforcement (‘JRE’). Because the U.S. and China have not concluded or jointly participated in any JRE international agreements, the doctrine of reciprocity should be applied to Liu’s JRE application. Liu has provided evidence of Hubei Gezhouba Sanlian Industrial Co., Ltd et. al. v. Robinson Helicopter Co., Inc.,[2] where a U.S. court recognized and enforced a Chinese judgment. Therefore, reciprocity has been established between the two countries. Moreover, the U.S. judgment addresses the share transfer contractual relationship between Liu, and Tao and Tong. Recognition and enforcement of this U.S. judgment does not harm the fundamental legal principles, sovereignty, security, and social public interest in China. The U.S. judgment explicitly indicates it is a default judgment, and Liu has submitted evidence such as the investigation report, the U.S. court order of service by public announcements, and announcements published on the U.S. newspaper. Therefore, the Wuhan court holds that the Los Angeles Superior Court has properly summoned Tao and Tong in the U.S. Therefore, Tao and Tong’s undue service argument does not sustain.

The Wuhan court also rejects Tao and Tong’s second argument that the Share Transfer Agreement is real, legal and effective so no need to return the payment to Liu. The court indicates that in the JRE proceeding, the court shall not consider the merits of the U.S. judgment. Therefore, the U.S. judgment shall be recognized and enforced according to Article 282 of the Chinese Civil Procedure Law.

The Wuhan court’s decision to recognize and enforce the U.S. judgment is significant in three aspects.

Different from common law countries, China has no formal precedent system. However, the Supreme People’s Court has established a guiding case system and suggested the lower courts to refer to the guiding cases in their adjudication.[12] Kolmar v. Jiangsu Textile Industry (Group) Import & Export Co has been strongly endorsed by the Supreme People’s Court and favorably reported by many Mainland media under the contexts of ‘One Belt and One Road’. Therefore, Kolmar v. Jiangsu Textile Industry (Group) Import & Export Co and Liu Li v. Tao Li and Tong Wu may probably encourage other Chinese courts to recognize and enforce judgments issued in Singapore and the U.S.

Second, both Kolmar and Liu Li are based upon the principle of de facto JRE reciprocity as demonstrated by the following table.

However, Kolmar v. Jiangsu Textile Industry (Group) Import & Export Co and Liu Li v. Tao Li and Tong Wu do not clarify all issues that Chinese courts may be confronted in the future JRE based upon de facto reciprocity. For example, whether Chinese courts should apply Chinese law to determine whether the judgment-rendering foreign courts have jurisdiction, which law needs to be applied to determine whether service of process in the foreign courts is proper, how to deal with U.S. punitive damages judgments, and whether the Supreme People’s Court should establish a similar reporting system like the current one for recognition and enforcement of arbitral awards.

Third, Liu Li v. Tao Li and Tong Wu has significant practical implications for mutual recognition and enforcement of commercial monetary judgments between China and common-law jurisdictions. China has never concluded a JRE treaty with a common-law jurisdiction, except Hong Kong. In Spliethoff’s Bevrachtingskantoor Bv V. Bank of China Limited,[13] the court in UK recognized a Chinese judgment issued by Qingdao Maritime Court in 2015. It opens the possibility that Chinese courts may recognize and enforce judgments issued in the UK based upon de facto reciprocity. Therefore, the major common-law jurisdiction left behind is Australia. Ironically, Taiwanese judgments can be recognized and enforced in Australia under the registration system of the Foreign Judgment Act 1991 (Cth). However, Australia common law never forbids recognition and enforcement of Mainland China judgments. Notably, Article 6 of the Supreme People’s Court Several Opinions to Provide Judicial Service and Safeguard to ‘One Belt and One Road’ Initiative indicates that, if countries alongside the ‘One Belt and One Road’ have not concluded a judicial assistance treaty with China and if these countries promise to provide reciprocity, China may consider take the initiative to offer judicial assistance (including JRE) to these countries. Therefore, the opportunities for Australian legal practitioners are twofold. They might apply to Chinese courts to recognize and enforce Australian judgments based upon de jure reciprocity. Alternatively, they may request Australian courts to recognize and enforce a Chinese judgment according to common law. If successful, it will open the door for Chinese courts to recognize and enforce Australian judgments based upon de facto reciprocity in the future.

As a conclusion, although uncertainties remain, Liu Li v. Tao Li and Tong Wu should be considered as an important breakthrough for mutual JRE between China and the U.S. It may create new business areas for lawyers in China and the U.S., deter losing parties who escape from one country to the other in order to evade JRE, and ultimately facilitate business between the two countries.

[6] Vision and Actions on Jointly Building Silk Road Economic Belt and 21st Century Maritime Silk Road, issued by the National Development and Reform Commission, Ministry of Foreign Affairs, and Ministry of Commerce of the People’s Republic of China, with State Council authorization, on March 28, 2015. An English version can be found at http://news.xinhuanet.com/english/china/2015-03/28/c_134105858.htm, last visited Aug 14, 2017. The Chronology of China’s Belt and Road Initiative can be found at http://www.chinadaily.com.cn/business/2015-03/28/content_19938124.htm, last visited Aug 10, 2017.

[7] The Silk Road Economic Belt Initiative was proposed by Chinese President Xi Jinping when he visited Kazakhstan in September 2013.

[11] The “Belt and Road” Initiative was written into the decision of the 3rd plenary session of CPC’s 18th Central Committee and became a national strategy and priority since 2014.