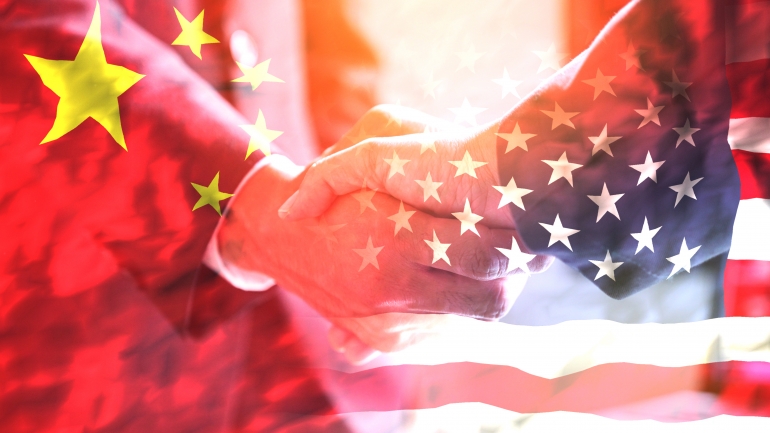 The signing of the US-China Phase One Deal on 15 January 2020 seems to be a positive sign amid the 22-month trade war.  Will this deal ease the trade war and the relationships of the two biggest economies in the world? The Co-director of the Herbert Smith Freehills China International Business and Economic Law (CIBEL) Centre Professor Heng Wang recently talked about this newly signed deal in the media.

“China may enjoy more benefits from the deal from a long-term perspective.” Professor Wang told ABC News on 17 January.

He said that the Deal may suspend the trade war and help China regain its reputation in economic growth. This is because trade war brings negative effects to China’s economy as it may accelerate the formation of vested interest groups in the US, which would make it more difficult to remove trade barriers.

“We can see Phase 1 as an emergency treatment to lower the temperature, but it has not addressed the fundamental problems,” Professor Wang told the Reuters on 16 January.

However, he pointed out that the Phrase one Deal only tackled some of the issues that hindered a predictable trade relationship between the two countries. The Deal does not cover the deep-seated issues behind the trade war that relate to China’s regulation to SOEs and the market.

“The phase two deal [if any] may involve more difficult domestic regulatory issues such as subsidies, state-owned enterprises, and internet supervision,” Professor Wang told South China Morning Post on 16 January, “Due to the complexity of the negotiations, it remains to be seen whether the two parties can reach a second-stage agreement. If market competition rules such as subsidies are not agreed upon, economic and trade frictions may continue and affect the two countries and the international economy.”

The negotiation of the Phrase Two Deal is significant as if the key issues cannot be dealt with properly in the Phrase Two Deal, the trade war may continue and will eventually have an impact on the global economy, according to Professor Wang.

“If the negotiation of Phrase Two Deal is successful, it will also be good for solving the problems that WTO is facing.” Professor Wang said in his interview with ABC News, “the problems are remaining unsolved because the WTO members cannot make an agreement, and the key to making a consensus is on the biggest two. If the two could make an agreement, it will have positive effects in solving the WTO crisis [concerning its Appellate Body].”

More of Professor Wang’s research may be found at ResearchGate, SSRN, Twitter @HengWANG_law, and LinkedIn.