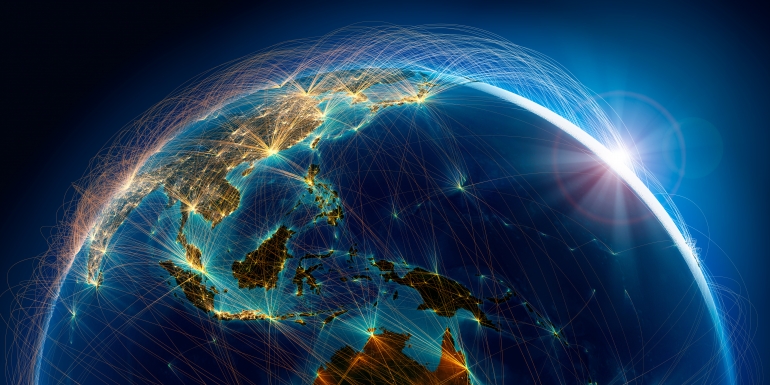 On 4 November, Australia’s Department of Foreign Affairs and Trade (DFAT) announced that “fifteen of the 16 Regional Comprehensive Economic Partnership (RCEP) Participating Countries (RPCs) announced conclusion of all 20 chapters of the RCEP Agreement, and essentially all market access commitments on goods, services and investment” at the 3rd RCEP Summit in Bangkok.

On the same day, the remaining one RPC, India, announced that it has decided to drop out of the agreement.

The RCEP negotiations were launched in November 2012 by Leaders from the Association of Southeast Asian Nations (ASEAN) and six of ASEAN’s free trade agreement (FTA) partners, Australia, China, India, Japan, New Zealand and the Republic of Korea.

On 8 November, Co-director of the Herbert Smith Freehills China International Business and Economic Law (CIBEL) Centre Associate Professor Heng Wang took an interview with SBS Mandarin on the impact of the RCEP to RPCs, especially China and Australia.

Associate Professor Wang mentioned that RCEP would be good for China in serval aspects. For instance, the RCEP will enable China to enjoy preferential market access to Japan, which China currently does not have given the lack of a free trade agreement with Japan.

Under the escalated China-US trade war, the RCEP may alleviate the negative effects it brings to China to some extent by diversifying its exports to other destinations other than the US.

For Australia, Associate Professor Wang suggested that joining the RCEP could ensure Australia to take advantage of the benefits under this FTA if properly managed.

More importantly, He pointed out that the RCEP would be a larger regional trade agreement and theoretically the parties are more likely to use a dispute resolution mechanism under such a mega FTA than that under bilateral agreements.

“This could somewhat ease the problems the WTO dispute settlement body is currently experiencing. It could improve the confidence to the regional trade and increase the predictability of trade if properly managed,” Associate Professor Wang told SBS Mandarin.

He further explained his arguments in an interview with the South China Morning Post on 9 November, where he noted that the RCEP could not resolve all the problems in relation to dispute resolution. For example, it has not been mentioned that if the Investor-State Dispute Settlement (ISDS) will be introduced into this new agreement. If there is no proper ISDS under the RCEP, it would have implications “for at least the first several years”.

Overall, Associate Professor Wang suggests the RCEP would bring good effects to the Asia-Pacific region by improving the interactions between countries within the region in terms of trade if it could be turned to good account. However, it needs more observation on how it would affect the individual RPCs.

In his recent research “Building Towards the RCEP? Reflections on the ASEAN-China FTA”, Associate Professor Wang studied more legal issues related to the RCEP.

More of Associate Professor Wang’s research may be found at ResearchGate, SSRN, Twitter @HengWANG_law, and LinkedIn.