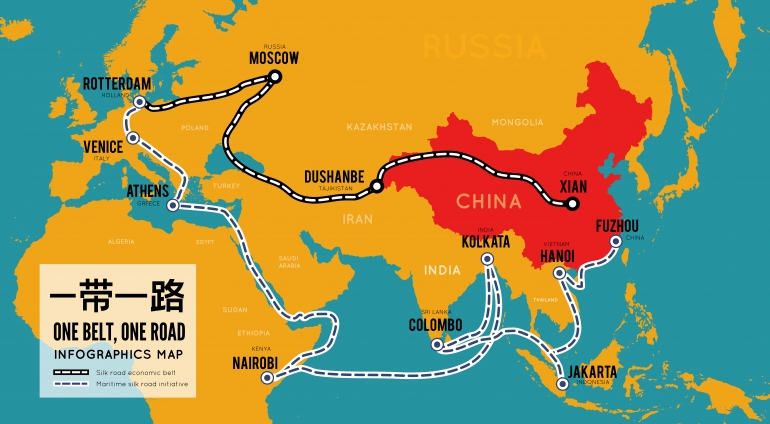 After about 20 years of taking part in the Western-dominated international economic legal order (IELO) since the World Trade Organisation (WTO) accession, China has obtained a larger impact on the global economy. China has led an unprecedented extra-regional initiative (the Belt and Road Initiative (BRI)), and actively participated in the world economy in the broader context.

How to understand China’s approach to international economic governance?

“China is on a fast track from a rule-taker and rule-follower to a rule-shaker, by challenging the applicability of existing rules, mainly in the context of the WTO and beyond, and rule shaper, by influencing how rules change over time, in broader contexts such as in respect of BRI through soft law,” Professor Wang noted in the paper. This paper will be published in the Journal of International Economic Law this September where Professor Wang published another paper in 2019 on China’s approach to the BRI.

The selective adaptation approach, which has played a key role in allowing China to join IELO, refers to a process by which foreign norms (e.g., WTO rules) have been accepted and assimilated into the local context. It was the main approach that China took follow its WTO accession, which could be described as a “downloading” process of external rules. Selective adaptation is a largely reactive process, but it is not the direct imitation of foreign norms as the local government needs to consider the local conditions.

In contrast, the selective reshaping approach, which is a more proactive approach, refers to “developments regarding institutions and rules that go beyond existing standards or structures, which is not necessarily all created by China and may build on the previous experience”. This could be regarded as an “uploading” process of China-led institutions and China-preferred standards at the extra-regional level.

By critically reviewing Chinese practices of developing institutions and rules, from formal institutions to informal institutions, and from hard law to soft law, Professor Wang illustrated this shift. He also analysed how the three main dynamics of the selective reshaping approach, namely perception and conception, complementarity, and legitimacy, affect the reshaping and compared them with the main dynamics of the selective adaptation approach.

This paper, which is one of the few legal analysis of the latest development of China-led institutions and rules, draws attention in some of the most recent practice led by China in seeking a greater role in the IELO.

It concluded that China appears to transform from an economic power to a governance power, and could profoundly affect IELO. Selective reshaping is a theoretical framework to explain idea formation in complex settings like China and to explore China’s future engagement with the world economy.

The pre-print version of the paper is now available on ResearchGate. More of Professor Wang’s research may be found at ResearchGate, SSRN, Twitter @HengWANG_law, and LinkedIn.