What are the risks and solutions to Australia-China trade issues? Professor Heng Wang on ABC’s TV interview 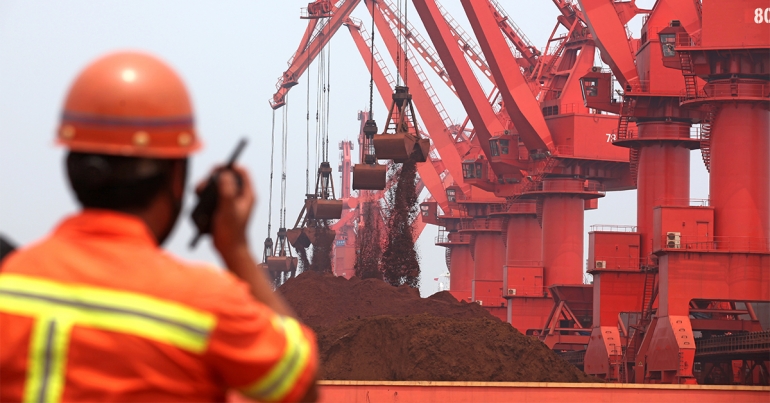 The escalating tension between Australia and China has raised concerns. What is the future trend behind restrictive measures like the recent tariffs on Australian barleys and suspensions on Australian beef imports? Is there any solution?

“What is clear is that we will see more unilateral measures rise in the future, and there are potential deglobalisation dynamics like the Brexit. So, this is a quite challenging period.” Professor Wang said in the TV interview.

Professor Wang indicated that unilateral measures have been more common than before, as in the US-China trade war which has lasted for about two years. The COVID-19 outbreak and the economic slowdown it caused globally mean that more unilateral measures are likely to be taken in the future.

“We need to know that trade is mutually beneficial. For example, China is Australia’s largest export market and China relies on Australia for natural resources and other imports. So nobody will really benefit from the trade tensions - it will be a lose-lose outcome.” Professor Wang emphasised.

“This attributes to the World Trade Organization that fails to operate smoothly due to its Appellate Body crisis. Also, bilateral negotiations are not easy.” He pointed out, “So I think we need to build a rules-based system particularly in the regional trade agreements like the Regional Comprehensive Economic Partnership.”

The Regional Comprehensive Economic Partnership, or RECP, is the only large free trade agreement that is under negotiation at the moment. It involves 15 countries in the Asia-Pacific region including the 10 ASEAN members and Australia, China, Japan, New Zealand and South Korea. The negotiation has lasted for eight years and it remains to be seen whether India will sign the agreement. The parties reportedly work to sign the RCEP in 2020.

“I think RECP is a good opportunity for Australia and other countries including China to work for new trade rules and have an impartial adjudication of trade tensions.” Professor Wang said.

He stressed that what we can see from such trade tensions in the past with other countries such as Japan, Korea and Norway. It is very hard to solve them in a short term. Hence, a rules-based system is particularly important to combat such tensions in the future.

The full interview clip is available here. More of Professor Wang’s research may be found at ResearchGate, SSRN, Twitter @HengWANG_law, and LinkedIn.

OPINION: How world trade will be affected by COVID-19

Apple News Editors' Picks: How worried should Australia be over China’s trade threats?