Book: China’s Implementation of the Rulings of the World Trade Organization

Amid the ongoing crisis surrounding the WTO, China's role and behaviour in the multilateral trading system have attracted overwhelming attention.

This timely monograph covers all the disputes in which China has been a respondent during its 17-year WTO membership and offers a detailed discussion of China's implementation of adverse WTO rulings, its approaches to settling WTO disputes, the possible explanations for such approaches, and post-compliance issues.

This book shows how China has utilized the limitations and flexibilities of WTO rulings to ensure that its implementation of the rulings not only delivers adequate compliance but also maintains its own interests.

As one of the most active players in WTO dispute settlement, China's compliance record is an important measure of the strengths of the WTO’s DSM more generally. 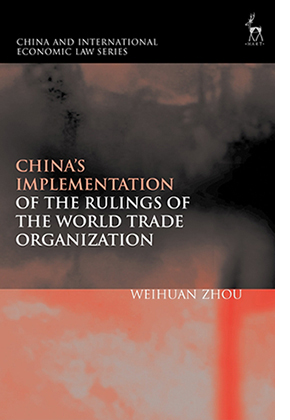 This book has attracted great interests and received highly favourable comments from experts on WTO and international economic law.

Valerie Hughes, former Director of the Legal Affairs Division and Director of the Appellate Body Secretariat of the WTO, commented that “Dr. Zhou's analysis is measured in tone and the discussion is balanced. The descriptions of the disputes are well done and the analytical approach of organizing disputes according to subject matter makes this work an ideal research tool. This book is a highly useful addition to the WTO literature.”

For Professor Colin Picker, Pro Vice Chancellor (South Western Sydney) and Dean of School of Law, Faculty of Law, the University of Wollongong, this book “provides a much needed and long-awaited antidote to the largely uninformed attacks on China's compliance with the rulings of the WTO's Dispute Settlement Body”. This finding is very important, Professor Picker continued, because "there are widespread misunderstandings about China's compliance in the WTO.”

Professor Julia Ya Qin of Wayne State University Law School endorsed this book as “an essential reference work for anyone who is interested in China and international law in general, and the impact of the WTO dispute settlement mechanism on China in particular.”

“Academics, students, policy-makers and other observers would all benefit from reading this objective review of China's experience as the subject of WTO complaints,” said Simon Lester, the President of WorldTradeLaw.net and Associate Director of the Center for Trade Policy Studies at Cato Institute.

While this book identifies some outstanding issues relating to the quality of China's compliance and post-compliance practices, it argues that these issues concern the loopholes within the DSM itself which may be utilized by all WTO Members. However, despite the loopholes, China's record of compliance suggests that the DSM has been largely effective in inducing compliance and influencing domestic policy-making. It is therefore in the interest of all WTO Members and other stakeholders to protect the DSM as the 'crown jewel' of the multilateral trading system.

Dr Zhou was invited to launch this book at the Cato Institute in Washington D.C. on 4 December. The full record of the event is available here. 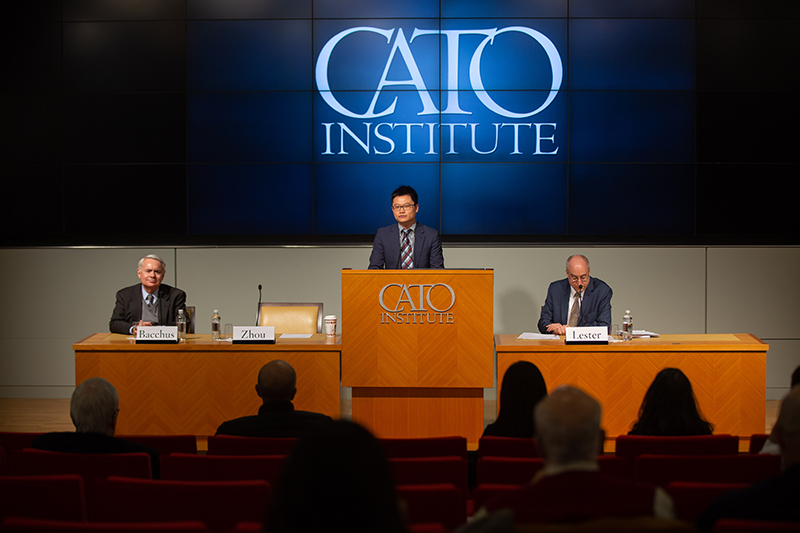 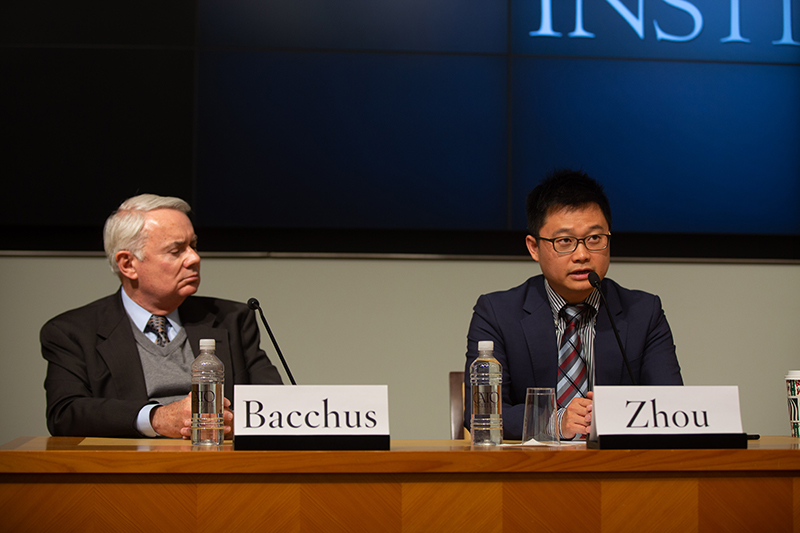 This book has been published on 3 October 2019 and is now available for order.