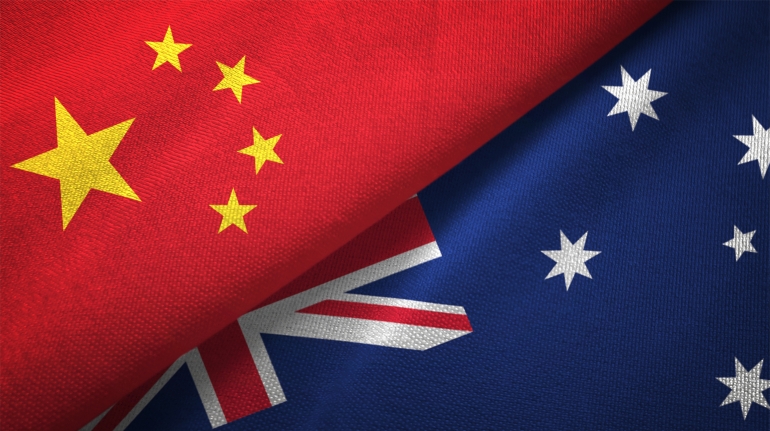 More broadly, as a result of the recent trade restrictions and international travel ban caused by the pandemic, bilateral trade in various sectors including education and tourism have shrunk significantly in the first half of 2020, despite Australia exports of resources such as iron ore and coal to China are up.

The Co-Director of UNSW Law’s Herbert Smith Freehills China International Business and Economic Law (CIBEL) Centre Professor Heng Wang suggests that given the current situation that the WTO’s Appellate Body cannot function smoothly due to the lack of Appellate Body member appointment, it could be meaningful to seek new solutions to trade tensions “through the Regional Comprehensive Economic Partnership (RCEP) which will give them a third adjudicator to address disputes.”

In his interview with UNSW Newsroom, Professor Wang explained that “the RCEP is a valuable opportunity for Australia to involve countries in the region including China, and to engage in strategic ways to build predictability, while also separating trade from geopolitical and other dynamics.”

The agreement, which comprises ten ASEAN members plus Japan, South Korea, China, New Zealand and Australia, is the only large Free Trade Agreement (FTA) body through which China is negotiating with other countries in the region. Hence, according to Professor Wang, “it is easier to diversify, or to lower the tensions, and to find an impartial solution among the RCEP’s more than 10 countries.”

According to a statement on the Australia’s Department of Foreign Affairs and Trade (DFAT) website, the 31st RCEP Trade Negotiating Committee (TNC) meeting was held on 9 July 2020 via video conference, where discussions on the remaining issues necessary for signature of the Agreement in 2020 were carried out by all RCEP Participating Countries, except India who pulled out in November 2019.

Professor Wang pointed out that unlike some other large FTAs, the RCEP has not developed many advanced rules, and more efforts are needed to explore new rules to address challenges in the post-COVID-19 era.

“If they don't really have any new rules about how to deal with new issues, like the trade tensions between Australia and China, or the issue happening in data and other new areas, then they're not able to [fully] reap the benefits of the free trade agreements,” he says.

“This is an opportunity that should not be missed because there are no other comparable large trade agreements that China and other countries are negotiating.” Professor Wang suggested, albeit Chinese Premier Li Keqiang indicated “China has a positive and open attitude toward joining the Comprehensive and Progressive Agreement for Trans-Pacific Partnership” at a press conference in May 2020, there is still a lot of uncertainty about China’s accession.

The interview has been cited and reproduced by many media outlets including the South China Morning Post, the Mirage, the Dynamic Business, the Shepparton News, the Global Travel Media, and the Lawyers Weekly. Professor Wang was on a live interview with the Ausbiz TV’s Open program and the 2SM News on the current and future Australia-China economic relationship in July 2020.