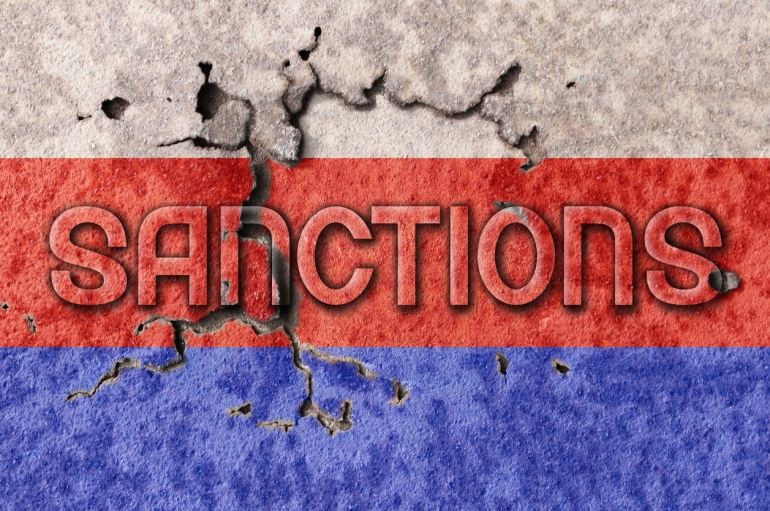 Many countries including the US, UK and Australia have imposed extensive sanctions on Russia following its invasion of Ukraine. They are diverse and far reaching – penalising President Putin himself, leading government officials and those who have benefitted from the regime; banning trade in certain military and luxury goods, and commodities; and imposing severe restrictions on certain financial institutions and state-owned enterprises. The CIBEL Centre held a virtual roundtable last month to discuss the impacts these restrictions will have on businesses both in Australia and worldwide.  CIBEL Co-Director Professor Deborah Healey moderated the discussion by a diverse group of experts.

CIBEL Co-Director Professor Heng Wang noted that the sanctions are ‘unprecedented’. They are extensive in scale, the number of countries joined in the actions against Russia, and the wide variety of industries impacted. In the short to medium term, the sanctions will reduce the cross-border flow of goods, services, people and payments. Professor Wang predicts that in the longer term, we will likely see more contracts with clauses anticipating the effects of sanctions, and investors becoming increasingly risk averse. The likely decreased reliance on Russia’s energy exports may lead to faster uptake of renewable energy, and it is to been whether and how sanctions may affect transactions denominated in USD and the Euro.

Associate Professor Weihuan Zhou, CIBEL member and UNSW Law and Justice Director of Research, agreed that ‘businesses around the globe will face mounting uncertainties’ and ‘increased trade barriers’. He emphasised that this is due in part to a turn towards the unilateral imposition of sanctions. This ‘rise of unilateralism’ reduces policy predictability and economic certainty that the rules of the World Trade Organisation help to provide.

Dr Jonathan Bonnitcha, CIBEL member and senior lecturer at the UNSW Law & Justice, added that businesses currently operating in or exporting to Russia, engaging with Russian individuals, businesses and banks, or transacting in Roubles, are likely to be prevented from performing their contractual obligations, dealing with assets in Russia, or making planned payments and investments. These businesses must also contend with the possibility of retaliation by Russia, which has threatened to expropriate the assets of firms that are operating in Russia but complying with the terms of sanctions regimes against them.

Jacqui Wootton, a partner at Herbert Smith Freehills and co-head of the firm’s Australian corporate crime & investigations practice, drew on her expertise in trade sanctions to explain that Australia has a particularly inflexible sanctions regime. While the US and UK allow wind-down periods for affected transactions or business relationships after the introduction of sanctions, Australia’s are ‘turned on and off’ more abruptly. The complexity of the regimes is also a difficulty for businesses operating globally. Ms Wootton noted that while Australian policymakers and regulators have sought to keep in step with the sanctions regimes of other countries, they do not conduct as much outreach or publish as much guidance for businesses as their overseas counterparts. ‘The key and the answer to effectively ensuring compliance’, she advised, ‘is making sure that there is a really robust compliance program in place for [every] organisation’.

The panel went on to discuss the implications of the sanctions on Russia itself, as well as on the international trade and financial system. Professor Wang predicted a possible move away from globalisation to a certain degree, which will outlast the operation of the sanctions. Professor Zhou stated that, in order to reverse such trends, ‘governments must start reflecting on the part of history which shows unequivocally how unilateralism can be mutually destructive and how cooperation can rebuild peace and prosperity’. The panel also touched on the possibility of crypto and central bank digital currencies being used to bypass sanctions regimes, and the likelihood of Russian and foreign investors bringing Investor-state Dispute Settlement claims against States that have imposed sanctions against their interests.

Before turning to questions from the audience, Professor Healey asked the panel to look into the future and raise issues that they believe require further attention. Professor Wang discussed the likelihood of new technologies like geofencing being used to ensure compliance with sanctions regimes. Professor Zhou once again emphasised the need for cooperation at all levels and encouraged businesses to cooperate to influence domestic policymaking on sanctions. Dr Bonnitcha focused on the international public law implications of such wide-reaching regimes. Finally, Ms Wootton argued that the Australian government must recognise that this area of law is having a much greater impact on businesses and community than ever before and provide greater investment in our regulators to ensure there are resources to support businesses  to comply with new policies.

To find out more details about this event and to watch the recording, please click here.